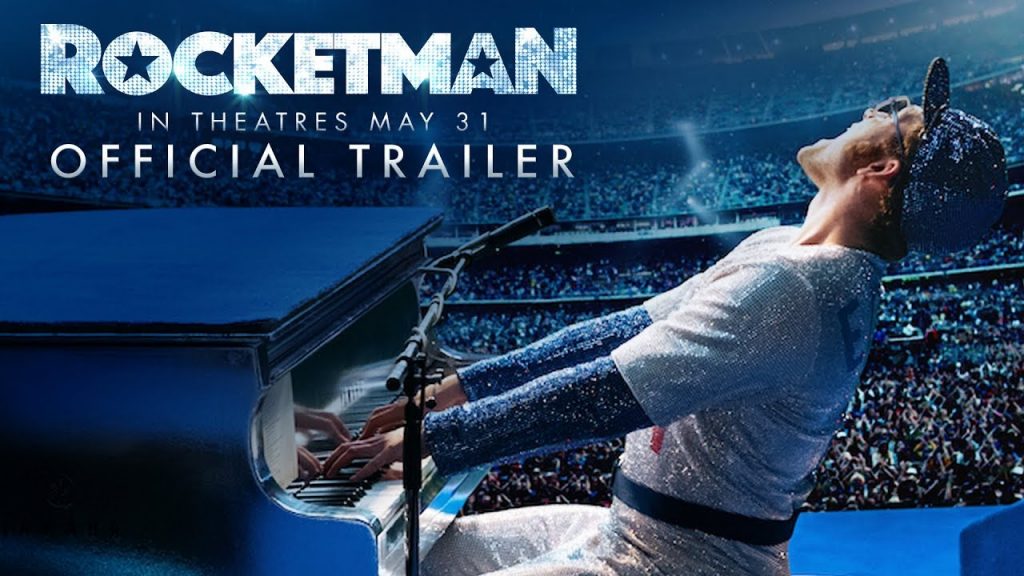 With the much anticipated musical film of the year, Rocketman, hitting the big screen this weekend, talks about the colourful and undeniably talented britpop icon have reached all new highs. Here at the office, we got to discussing the best times Elton John crossed over into the world of film and dazzled everyone. Here are the top five times Elton John made movies better (and often times hilarious), from the team at Couture Media:

At number 5 on the list is the 2008 film 27 Dresses. In this classic rom-com, a young girl, down in the dumps finds, herself at a bar next to a young reporter. When the ever-so loved ‘Bennie and the Jets’ comes on, the pair start singing away making up the lyrics as they go along. They’re laughing and dancing and the whole bar eventually joins them in rocking out to the classic hit. It just goes to show that you can only be so down and out before Sir John has you revving up a whole crowd, shakin’ it loose together. He truly is a mood boosting magic man.

The notion of Elton John being a magic man brings us to number 4 on our list with the film Tommy in which he actually plays a wizard — a pinball wizard to be exact. The film is a fantastical rock opera that pays tribute to The Who’s fourth studio album from 1969 of the same title with a star-studded cast including our main man of the moment. Towards the end of the film,the main character, Tommy, must face the pinball wizard in a game of, well, pinball. In the scene, we get a warped out showdown with a psychedelic-like Elton singing The Who’s ‘Pinball Wizard’. The visuals of the film pair harmoniously with John’s naturally eccentric performance style.

If you’re an Elton John fanatic, you haven’t seen it all until you’ve seen the sequel Kingsman movie, The Golden Circle. When we get to the big fight scene with the secret agents vs. the henchmen, John proves that Saturday night really is alright for fighting. The then 70 year old rockstar gave the audience something none of us knew we needed: an action packed slam around the piano topped off with a flying kick to the face in a pair of electric boots. Not to mention he is covered head to shoe in bright colourful feathers.

When it came to writing the music for the eternally adored Disney animation The Lion King, who better to call than the eternally adored songwriter himself? From playful tracks like ‘I Just Can’t Wait to be King’ to timeless ballads like ‘Can You Feel the Love Tonight’, Elton John flawlessly captured the magic of the film and has it transcending generations.

The 2000 film Almost Famous holds, in our opinion, the greatest Elton John movie moment. In one of the film’s most memorable scenes, tensions are high between members on the tour but dissolve quickly when ‘Tiny Dancer’ begins to play and the members on the bus start to sing along together. The scene is so powerful that as a viewer, we can’t help but feel the same relief at the sweet sound of the familiar piano intro. Rolling Stone ranks it #11 on their ‘Greatest Rock Moments in Movies’ list. A classic!

And one last honourable mention to sign off on the countdown. There was a time in the 70s and 80s when selling your music to advertisers was considered “selling out” to the man and resulting in the loss of all your artistic integrity. These days it seems there isn’t a commercial without a popular song in it.  Although not a movie, In 1984, Elton re-cut “Sad Songs Say So Much” to say, “Sasson says so much” for an ad for Sasson jeans. He appeared in the video as well. For some fans it was horrible while others thought it was fun and whimsical. We were split here at the office. What say you?